THE KNOCKED UP PLAN

THE KNOCKED UP PLAN 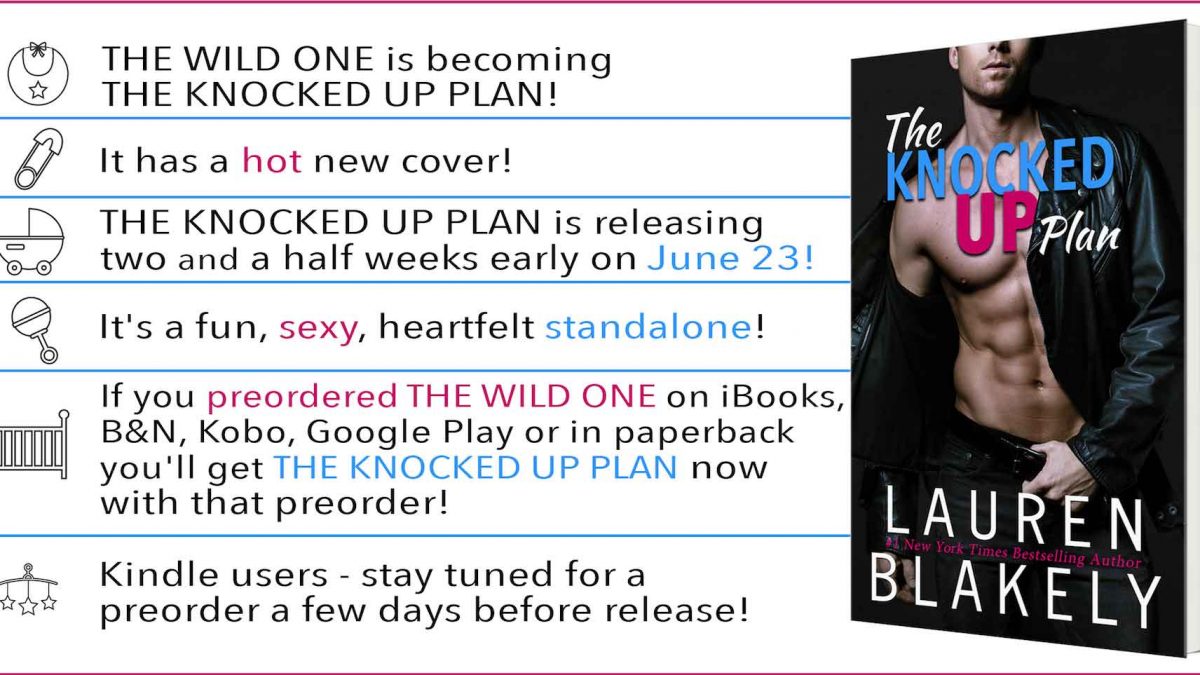 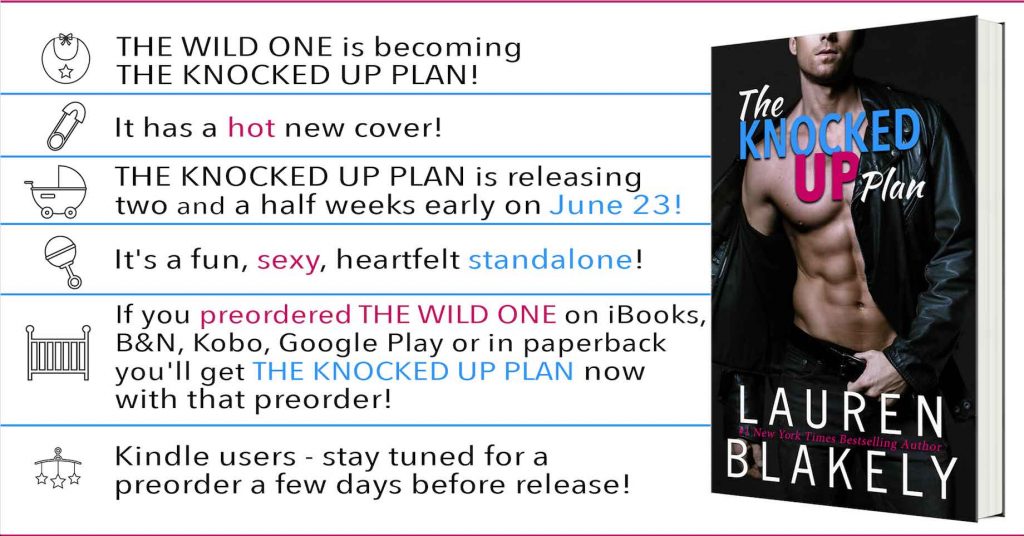 Hey there! I have exciting news to share about the book that has been
known as THE WILD ONE. You guys know that I like to keep things fresh
and new, and I also like to change things that aren’t quite working as
well as they were in the past. That’s why THE WILD ONE is getting a
new title, a new cover, AND a brand-new release date—more than TWO
WEEKS earlier than originally planned! I am so excited to bring you
THE KNOCKED UP PLAN on June 23 (instead of July 10). This is a
brand-new standalone story!

You may be wondering WHY I’m making this change. Let me tell you—when
I first picked the title more than a year ago, I had no idea the
direction the story would take. But as I was writing the book a few
months ago, the storyline and characters—including a hero you’ve never
met before who will melt your heart and panties—surprised me. This
isn’t a story about a woman taming a wild playboy.

This standalone romance is about all of the fun, hotness, and
heartfelt emotions that come when a single woman asks her gorgeous,
jaded, sworn-to-be-single-forever good friend to get the job done.
What happens next when he agrees to provide the bun for her oven are
lots of hot sexy times and heartfelt moments. The original title just
doesn’t suit the storyline for Nicole and Ryder.

I love THE KNOCKED UP PLAN because it says exactly what the story is
about—it’s a fun, sexy and heartfelt story that’s full of hot
baby-making sex and emotions that will bring a happy tear to your eye.
The best news is that I will release THE KNOCKED UP PLAN two and a
half weeks early! I’m even more delighted to let you know that I have
listened to all of your requests and comments and will be releasing
this book on a Friday!! Readers have repeatedly told me that Friday is
their ideal release day, so you will get THE KNOCKED UP PLAN on
Friday, June 23! If you preordered THE WILD ONE on iBooks, B&N, Kobo,
Google Play or in paperback, don’t worry—you don’t need to do
anything! You’ll get THE KNOCKED UP PLAN now with that preorder, and
you’ll get it on June 23! THE KNOCKED UP PLAN is not yet on Kindle,
but will be a few days before its release!

So get ready to dive into THE KNOCKED UP PLAN and watch Nicole and
Ryder’s story heat up—on the page and in the sheets!