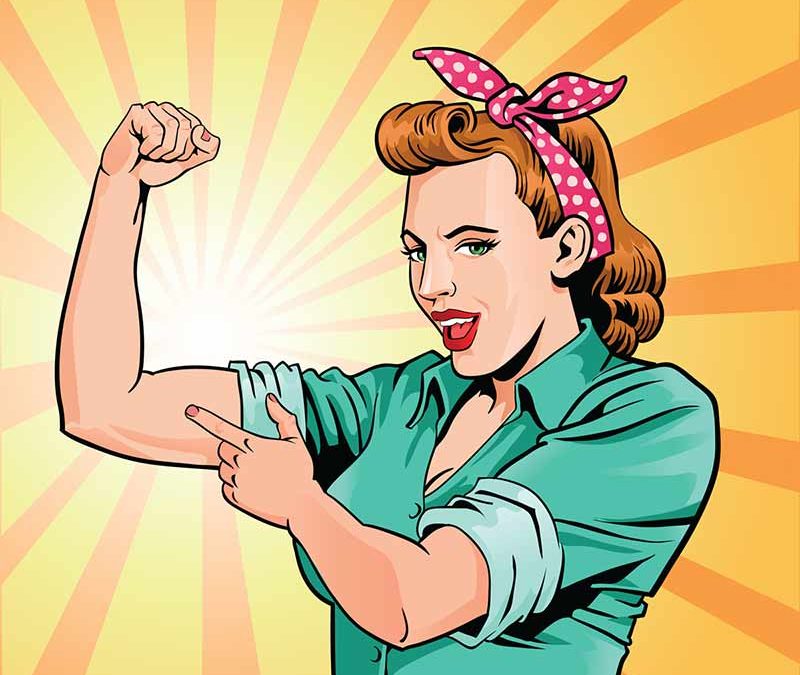 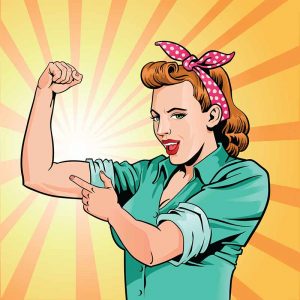 In the last few months I’ve been reviewing how I pay and hire contractors in all areas of my business including narrators for audiobooks, as well as book editors, marketers and designers.

Specifically as it relates to audiobooks, I recently decided to take a harder look at how I pay actors. Are the pay scales commensurate with experience and talent? Are they fair? Are they biased toward assumptions about value and sales? Are they biased toward gender? Also, do women underprice themselves? And can I do anything about this as a content creator? In addition, why do some of these biases exist? In order to answer these questions for audiobooks, I evaluated what my overall approach has been to giving raises for my contractors.

Asking For a Raise…

In my opinion, women are often conditioned not to ask for more money and not to ask for their true value. This is a societal problem. It can’t be fixed overnight, but I believe I can play a part in fixing it. I am a woman and I run a woman-owned business. I’ve been fortunate to work with and be mentored by smart, determined and outspoken women over the years who have helped me find a voice that allows me to advocate for myself as a business woman.

In the seven years I’ve been running my publishing company, I’ve employed many women, including female editors. I’ve given raises to nearly all of these women. In most cases, I raise them without them asking for it. I want them to know I value them and their work. I want them to be paid well. And I want to speak up for them whether or not they are accustomed to speaking up for themselves about their pay. I employ marketers and designers too. I also have given them raises before they asked for them.

Must a person ask for a raise to get it? Is a contractor worth more or more deserving because he or she asked for a raise? No. As a business owner advocating for diversity, equality and above average pay, I would rather speak up for my contractors and give them raises than wait for them to ask. I want to empower them with my admiration and respect for their work.

In audio, I want the men and women to know that when they are both experienced I will be paying them both the same. I hope this approach can empower more women to ask for more money. If it empowers men too — great! But as a woman, my interest lies more in using the platform I have built to empower women to speak up, earn more and know they are treated equally by the woman hiring them – me.

As it relates to audiobooks, I’ve been inspired by the lead CD Reiss has taken in implementing equal pay. In part because of her, and in part because of other factors in the narration world, I made some changes in the last few months and have now implemented those pay changes across the board, primarily impacting what I pay the female narrators.

I have decided to pay experienced male and female narrators the same rates on my titles.

Different books have different budgets, so rates vary across projects, but they won’t vary between experienced narrators on a lead role within a project. By experienced, I mean a narrator has achieved a certain amount of recognition and is clearly talented. In many cases, I’ve already paid the women the same rates as the men in the same book. In some cases, I have not. But where the women I hire for a book are underpriced, I am making the decision to move them up to the pay tier I have chosen for the men I hire for that book. I have applied this pay structure to the last six titles of mine and have now implemented it for all books in production and pre-production. (Side note: Male narrators on my occasional MM titles are also paid the same rates as their co-narrator.)

Why am I doing this? Because I can.

I can use my voice and my business to speak up for others and pay them what they deserve, whether they ask for it or not. Asking for a raise is NOT a prerequisite to getting one. In fact, only four narrators have ever asked me for more money. Two had agents, and the other two were not romance narrators. No one else has asked me for more, and that’s because I have given raises to my regular narrators — men and women — without them asking for it. That is how I like to do business. And that is also how I intend to do business specifically for the experienced women I employ to voice my heroines — to raise their rates to the rates I have given the men before they ask, if they were not already the same.

The best part? Everyone wins! I am not paying anyone less to make this happen. I am happily incurring these increased costs from my pocket because I feel it’s the right thing to do.

How do I determine experience? Is experience a fair way to value talent and work? I have decided for my books that all of the leading narrators I have worked with over the past few years are in the category I call “experienced.” And yes, since I’ve hired them I think they are talented! If I decide to hire someone who is much newer with a lot fewer titles, whether male or female, I will evaluate the pay individually for the project.

But for now, I consider the primary narrators I work with to all be both experienced and talented — thus, they are all in the same boat and are now being paid the same rates on a title regardless of gender, and regardless of whether they have lower rates on their own.

But wait! Don’t narrators set their own rates? Doesn’t one narrator have his or her own rate and another have his or her own rate? Am I taking some narrator’s hard earned rate and using it to match someone else who isn’t at that rate? Don’t narrators quote rates when asked to do books? Yes, they do. But I don’t pay the rates narrators quote as their standard rates. I pay them more and always have. Thus, my rates are my rates so when I match an experienced woman to an experienced man, I am matching narrators to my already above average rates rather than a narrator’s own rates used for others.

How to Determine Value

Pay for talent is a complex issue. There will always be gray areas. Art isn’t quantifiable in the same way that paying by word count for translation is, by the number of graphics for design, or by hours listened for audiobook proofing. Determining a one size fits all “equal pay for equal work” is not easy. Books have different budgets, artists have different levels of experience/training/special skills/cache within the industry. But despite all of those difficulties and complexities, I want to find a way to correct some glaring imbalances and to correct them in a way that takes NOTHING away from the men but ALSO elevates the women to the pay they deserve.

An important caveat – if I were to hire a celebrity narrator, male or female from TV, film or Broadway, this does not apply. Celebrities, quite simply, are paid at different rates.

But don’t the men sell the books?

There’s a belief that the male narrators drive the sales. There is no actual way to prove this. We can’t run AB tests to remove the heroine from a book and see how it does without her performance. The data I will freely share is this — my bestselling books are the ones where both the hero and heroine are well-drawn, and my poorest sellers are ones where either one character or the other was not as well-written as in other titles. Thus, both leading roles matter to the success of a story!

At the end of the day, I believe everyone wins when female narrators make the same. No one is being asked to take less money. And I am happily and gratefully writing those checks for the women and men I contract with in all aspects of my business.

This shift isn’t going to happen across the board overnight, but I hope the industry can aim for it over time. I know that not all authors or producers can or want to pay this way – but this is the choice that works for me.

A Guy Walks Into My Bar News!