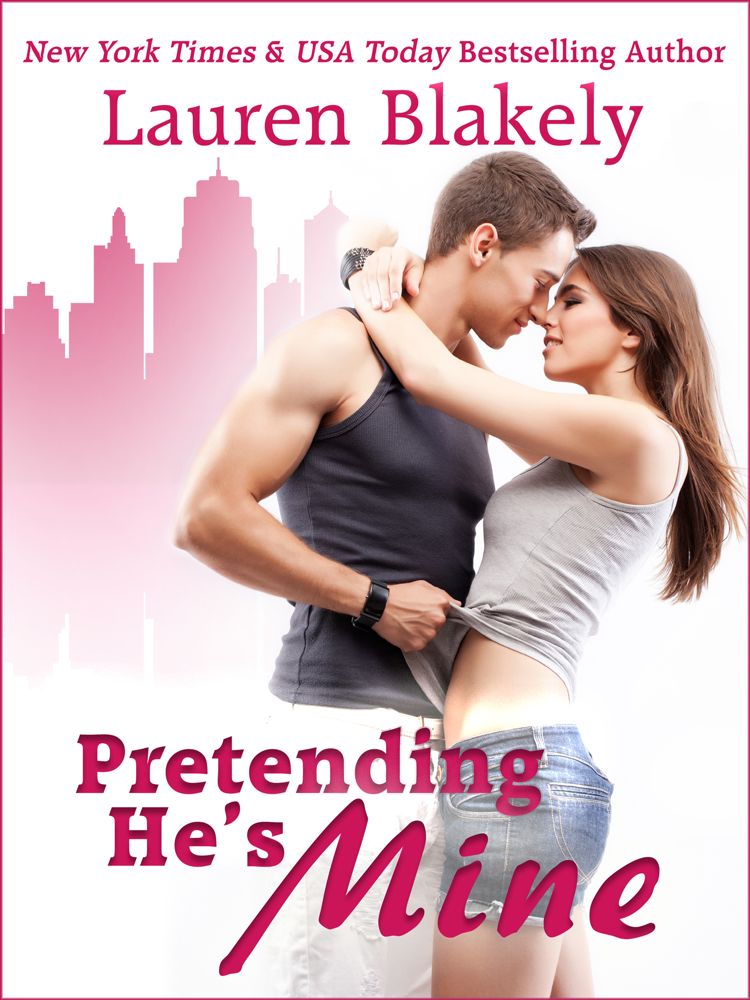 Once upon a time in New York City, there was a down-on-his-luck actor named Reeve, who was talented and gorgeous in that dreamy, broody sort of way that makes all the women swoon. But show biz is a rough biz –
he lost out on a part in a big film, and now his day job hours have been cut too. What’s a handsome young thing in need of a role to do?
Enter Sutton Brenner. She’s sexy and shrewd and the most top-notch casting director there is. She’s this close to landing a coveted gig casting a film based on a best-selling mega-romance novel, but there’s a catch. After one too many transgressions with lovely single ladies, the film’s philandering producer has been put on a short leash by his wife, who’s forbidden him from working with anyone unattached.
So the happily single Sutton strikes a pact with Reeve – play the role of her fiancee until she closes the deal, and he’s guaranteed to get an audition for the starring role in the film. But as the two play pretend, the lines between make-believe and matters of the heart start to blur. Especially after that hot night in the balcony of the Broadway theater. And that scorching afternoon in the stacks of the New York Public Library. Who’s playing who? Or is
someone else really the director in the secret affair of their lives?
PRETENDING HE’S MINE is a 30,000 word companion novella in the New York Times and USA Today bestselling CAUGHT UP IN US series. (It’s not necessary to have read CAUGHT UP IN US to enjoy PRETENDING HE’S MINE. This is not a sequel. However, CAUGHT UP IN US fans should be pleased to know that Jill has several scenes and that both Kat and Bryan appear in a key scene in this novella! There will also be a bonus scene from CAUGHT UP IN US never seen before included in the novella!)

Available Now For Pre-Order on iBooks

Happy Holidays from Julia and Clay!