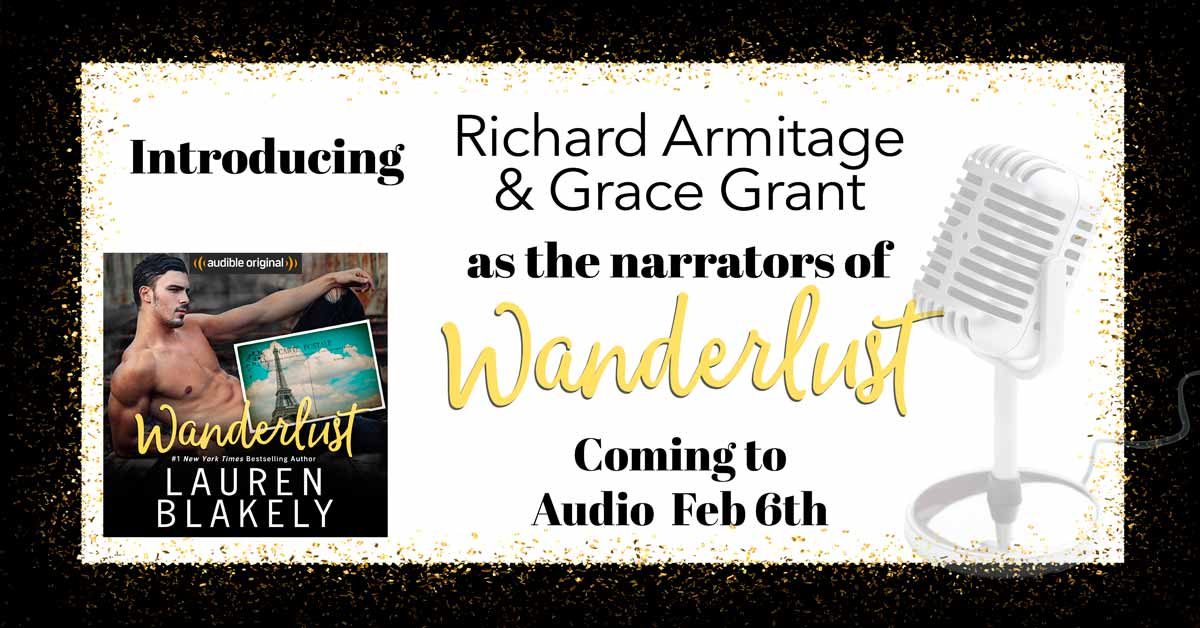 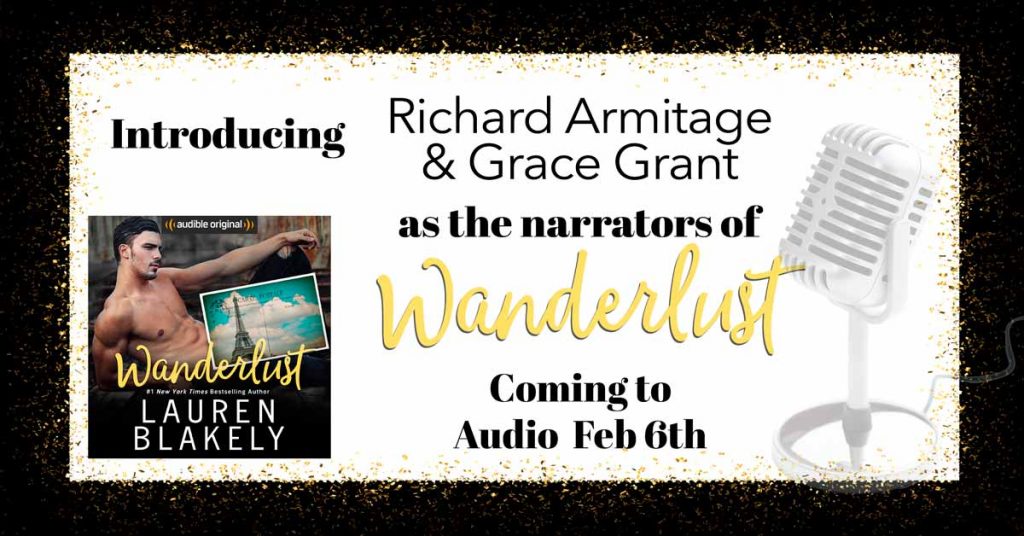 What do you get when you mix a British hero, an American heroine, and the most romantic city on earth? WANDERLUST, a breathtaking new contemporary romance I’ll be releasing first in audio on February 6, 2018.

I am so excited to announce the narrators at last! Richard Armitage and Grace Grant are narrating the audiobook!

Best known for his roles in The Hobbit, NBC’s Hannibal, Captain America: The First Avenger and the BBC adaptation of North and South, Richard Armitage of the upcoming movie Ocean’s 8 has established himself as one of the greatest British actors of our time. While he has narrated many audiobooks to widespread acclaim, WANDERLUST is his first romance! I’m thrilled he said yes to helping bring our sexy British hero, Griffin, to life!

Grace Grant is a Brooklyn-based actor who has recorded over 100 audiobooks and has been named one of Audibles Genre Defining Narrators for Romance. She’s brought to life some of my smart and funny heroines before, and I can’t wait to hear the magic she works when it comes to my newest heroine, Joy!